In my last post, I referred briefly how I began my journey back to the Catholic faith after a rather long absence. It began when I fell off the back of a truck, and a heavy piece of equipment that came behind me narrowly missed me. Someday I will write about the incident in more detail. After this happened I figured I was lucky this did miss me, even though it was coming right for me. A miracle? Luck? Divine intervention? I don’t know, but it sure got me thinking.

Why didn’t I get seriously hurt? I thought about this for days. I also thought about what would have happened if I had been seriously hurt, or even worse, killed. What would happen to me? Would I go to Heaven or Hell? Do either of these places actually exist or when we die, is that it? This led me asking myself if God is real, after all if there is an after-life there needs to be a God. That night I started nightly conversations with God. I guess you could call them prayers, and I do now, but at the time they were more informal conversations. I would ask God a question and discuss it with Him. Of course, it was a one-sided conversation, at least so I thought at first. Actually one of my first questions was does God really talk to us and I found my answer, yes He does.

In my last post I mentioned how each journey begins with a single step. The first step I took was deciding to keep an open mind throughout the whole process. I tend to be analytical anyway, trying not to come up with answers first, then trying to find facts to fit my answers, you know like the climate change advocates do. Even though I am a cradle Catholic, I looked at some of the criticisms of the faith, as well as those of Christianity in general, things like the Bible is a myth, Jesus wasn’t real, and on and on. I also looked specifically at the Catholic faith and what, we as Catholics believe and why. I quickly realized that even though I had gone through the religious education program when I was in school, I learned basically nothing. Whether it was because I didn’t listen or wasn’t taught I suppose can be debated, but the fact remains I knew nothing about my faith, God, Jesus, the Bible, etc.

Okay so where am I going with this? I guess I just feel like I should give some background to my readers, so they know where I am coming from. Looking back through this blog, when I began it, it was more political, and occasionally I still revert back to those days, but I have come to realize political blogs and discussions are everywhere. Discussions about faith, not so much. I have come to realize it is more important to share one’s faith then it is one’s politics. I can do more good by getting one person to believe in God, to follow his Word, than it is to get someone to vote in a particular way.

This is why through this blog I try to relate the things I have learned, mistakes I have made in my life and where I could have made better choices. It is my hope I can stop others from making the same mistakes, making the same wrong choices I did.

Okay, I have rambled on long enough, if you are still with me, thanks and come back. Maybe you will find something useful to help you or someone you know in your own journey. If you only take away one thing from this blog, let it be that I have never been more at peace in my life than I am now that I have brought God and Jesus back into my life. While there are still some rough times, there is a certain comfort in knowing that God is there no matter what, that He’s got my back.

One of the most important things I learned comes from the Gospel of Matthew:

I knocked and the door was opened, I sought and I found. And that is why I love to share. 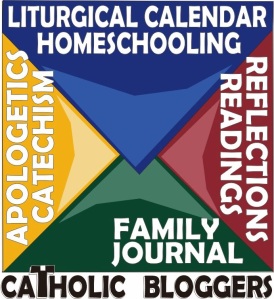