You just can’t trust those churchy people. That’s what I was told in a conversation I had a while back, the person who said it shall remain anonymous. I asked what exactly was meant by “churchy people.” He said, “You know, those people that go to church and are always trying to do good when they really aren’t.”

“So someone who is churchy and does good can’t be trusted because they do good?” 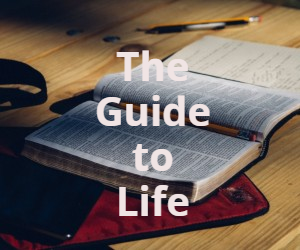 “No, it’s because they preach about things but they don’t always practice what they preach.”

“No, no, no, they do good but they also don’t do what they say others should do.”

“Well some of them go to church but will cheat on their spouses.”

“So that means they are all bad because some of them cheat on their wives? Does this mean that because some German guy named Hitler killed a bunch of innocent people that all Germans are bad?”

“That’s not the same thing. End of discussion”

Now what is even more interesting is that same person and I were talking about a married couple who are also co-workers of ours, and how they were always the first ones to do for others. I was going to remind him that they were what he called “churchy” people but then I thought better of it.

Evidently, this person doesn’t see the correlation between people who follow Jesus and good works.

3 thoughts on “Damn Those Churchy People”