In the past I have written about God giving me answers to questions, sometimes even before I ask them. The latest instance was this week when I was thinking about the Las Vegas shooting. As you know I am convinced we are nearing the end with all that has been happening: earthquakes, hurricanes, mass violence, etc. I also believe many of the problems are due to having pushed God out of the public square, completely turning around our moral compass.

I try to read something spiritual every night, whether it is scripture or some other writing. Lately, I have been reading the Old Testament, the Book of Jeremiah. The other night I opened to Chapter 5 and to my surprise, much of this chapter corresponds with what we are experiencing today.

Background on Jeremiah (from a non-biblical scholar)

Jeremiah was a prophet around the mid-seventh century B.C. and God was using him to warn the people of Israel that they were to be punished for their sins. God had already given them a chance to repent through Isiah but they didn’t. From the Agape Bible Study website:

The Prophet Jeremiah lived about a century after the Prophet Isaiah. The words of God spoken to the people through Isaiah brought the covenant people of Judah and their king to repentance, saving them from God’s judgment … However, God did not send Jeremiah to call the people to repentance but instead to announce that the time for repentance had passed and the judgment that had been delayed had now come.

As we’ll see. even though Jeremiah tries to convince God that there are some good people out there, He will have none of that. After all, God has heard this all before ala Abraham and the whole Sodom and Gomorrah thing. And if you look in Chapter 4, you will see that Jeremiah has protested to God against spreading His wrath,

So how does any of this relate to today? Let’s look at some verses from Jeremiah and how they can relate to what is going on around us. All scripture passages are from the USCCB website meaning that there might be slight variations in the translation you use.

We can begin at the very first verse where God asks Jeremiah to:

Roam the streets of Jerusalem, look about and observe, search through her squares, to find even one who acts justly and seeks honesty, and I will pardon her! – Jer 5:1

What he found were people who tried to make others believe they acted according to God’s will but were not. They were putting up false fronts, preaching false gospels and worshiping false gods. Jeremiah began with the common people and he thought they were ignorant of the law so he decided to talk to the leaders.

Let me go to the leaders and speak with them; for they must know the way of the LORD, the justice of their God. But, one and all, they have broken the yoke , torn off the harness. – Jer 5:5

This was the verse that made me realize that God was sending me some kind of message. Haven’t our political leaders “broken the yoke” and “torn off the harness”? I won’t even talk about those that claim to be good, devout Catholics yet favor abortion and euthanasia. Look at all the politicians out there that worship false gods: power and money are two of those gods. How many have built “alters” to themselves through pork barrel spending? How many truly care about the poor to get them working instead of depending on entitlements to live?

Let me jump ahead a few verses:

For criminals lurk among my people; like fowlers they set traps, but it is human beings they catch. Their houses are as full of treachery as a bird-cage is of birds; therefore they grow powerful and rich, fat and sleek. They pass over wicked deeds; justice they do not defend By advancing the claim of the orphan or judging the cause of the poor. – Jer 5: 26 – 28

Not only do I think of politicians when I read these verses, but I also think of others including business leaders and even some of the leaders of charities and other non-profits set up for the public good. One perfect example is the Planned Parenthood organization whose chairperson takes in $400,000 or so. Even something as noble as The Wounded Warrior Project has been criticized for excessive spending. Am I saying these people are criminals? I guess it would depend on your definition of criminal. But at the least they are taking advantage of others for their own gain.

Lions at our Doors

What happens when we discard God and His teachings?

Therefore, lions from the forest slay them, wolves of the desert ravage them, leopards keep watch round their cities: all who come out are torn to pieces, for their crimes are many, their rebellions numerous. – Jer 5:6

Are there lions, wolves and leopards at our doors? Look around you, they are everywhere waiting to destroy us. This week one named Stephen Paddock decided to shoot and kill hundreds of innocent people. No, we don’t know what his motive was, as of this writing the authorities can’t find one, but even so he was a beast who waited to pounce. There are terror attacks all over the world, some perpetrated by international terrorists, some by domestic terrorists. We can certainly relate these to Jeremiah’s beasts who are waiting to pounce.

God also laments about other sins that we are committing with impunity. Can we deny that adultery, immorality, crime and so many others surround us? All the while turning their backs on the Lord and His teachings fearing nothing, believing they will not be punished.

They denied the LORD, saying, “He is nothing, no evil shall come to us, neither sword nor famine shall we see. – Jer 5: 12

Throughout history we have seen this over and over again. Throughout the Old Testament, but even in modern history. Did the Nazi leadership and many German citizens who believed in Nazi ideology think they would not have to face the wrath of God? No. But it came. Are we here in the United States also thinking this? I believe so.

And when they ask, “Why has the LORD our God done all these things to us?” say to them, “As you have abandoned me to serve foreign gods in your own land, so shall you serve foreigners in a land not your own.” – Jer 5:19

What is the message here? Is there one? I believe there is, the same as it was when Jeremiah first prophesied it almost 3,000 years ago. We have turned our backs on God. We have replaced his moral code with one of our own based on narcissism, materialism and relativism. We care more about ourselves than we do about others. We have created a culture of death, where lives no longer matter based upon your particular perception. And like the ancient people of Judah we too will be punished.

And as I stated at the very beginning of this rather lengthy post, I believe it may already have started.

What can we do?

This leads to the obvious question: What if anything can we do? I wish I had a good answer, but I don’t. Like Jeremiah, I am frustrated that so many don’t seem to care (not that I am any kind of prophet). We are surrounded by people who have eyes but do not see, and ears that do not hear. Not that there aren’t any good people out there. We see them any time there is a tragedy like what happened in Las Vegas or after the hurricanes and other natural disasters. The people come out in force, but too many of them, go back into hiding when the crisis is over. The crisis isn’t over.

Can we as individuals turn the tide? Can we make a difference? Although every day it gets harder and harder to believe I like to think we can. The one thing we can do is simple. Let me take a quote from Mother Teresa and change one word. “If we can’t change a hundred people, then change just one.” We need to live our lives as good Christians and maybe by setting and example we can change one person. one person will see how we are living and try to do the same.

And what is the first thing we need to remember? We need to live with the end goal in mind, and that goal is to spend eternity in Heaven. 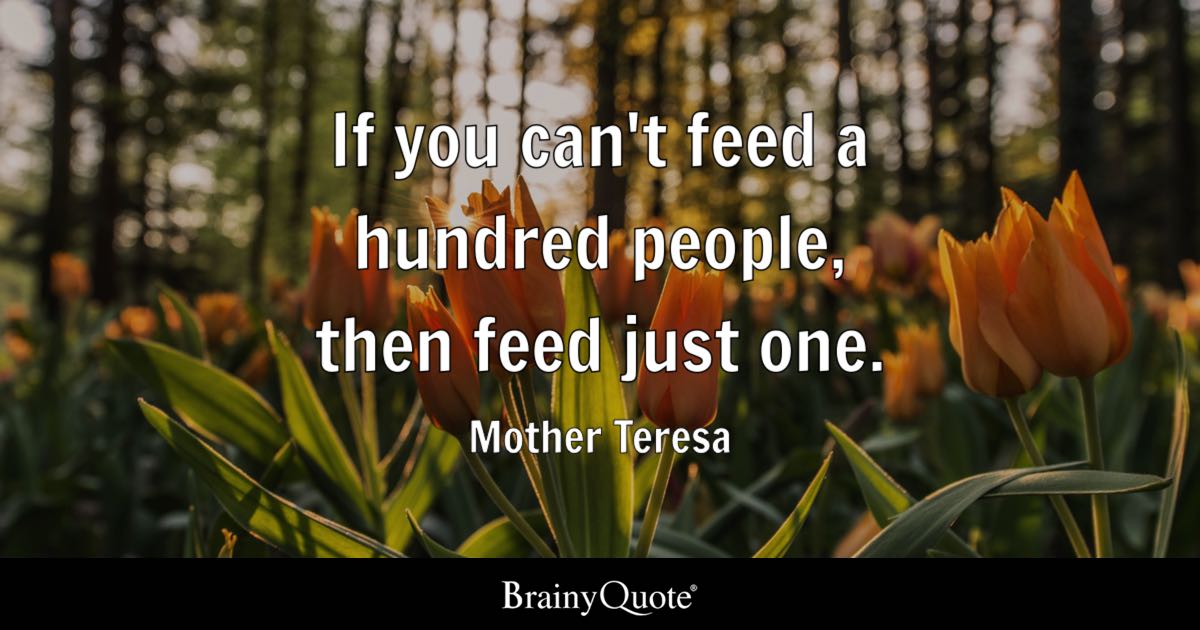 One thought on “Are The Lions at the Door”