Yesterday I wrote an article for one of the outlets I contribute to about the state of Massachusetts’ considering making assisted suicide legal. I received a comment from one reader who believes this ballot question should pass. He argues that a person should be allowed to kill themselves. While I have never met this person I have talked with him and I know he is a veteran with a medical problem which has kept him in pain for many years. While I feel bad for him and can even understand why he thinks as he does, it still shouldn’t be legalized. Like legalizing abortion this would only open the door for more euthanasia. The line would constantly be redrawn. 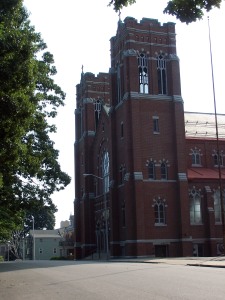 In my lowest time I thought about taking my life. This was many years ago, around the time when I received what I call “The Door Sign” of which I have posted in the past. Needless to say I didn’t go through with it.

It is said that God will only give us as much as we can handle. I beleive this. I realize I can only speak for myself but I know He has never let me get to a point where I haven’t been able to come back from. I used to drink – a lot, but never reached a point where I couldn’t stop. Something would always happen which would wake me up and I would stop. True, I would go back, reach another low point and be brought back, this happened several times, but I have finally understood that it was God who wouldn’t let me get past the point of no return.

Yes, I know some would think this is different than experiencing severe pain, but when you beleive, I think you can handle that as well. While God doesn’t test us, He certainly is interested in how much we can handle. Whatever His plans are, He is preparing us for them.

Therefore do not throw away your confidence, which has a great reward. For you have need of endurance, so that you may do the will of God and receive what is promised. – Hebrews 10: 35 – 36